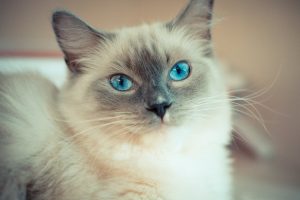 Are you thinking about adding a Ragdoll Cat to your family? Great choice! Ragdolls were originally bred by an American breeder in the 1960s called Ann Baker. They are a popular cat as they are best known for their docile, placid temperament and affectionate nature.

We’ve searched Google for Ragdoll Cat FAQs and have comprised all the need to know information into this blog for you!

They are incredibly friendly! Ragdoll Cats are nicknamed “Puppy Cats” because of their friendly nature. They’re also known for following their owner(s) around. At least it won’t follow you into the shower like Bengal Cats! However there are some conflicting opinions on how affectionate they are, some people say they are not considered lap cats and aren’t a “cuddly” breed whereas other people say they love being on your lap and being cuddled! I’m sure every cat is slightly different and it depends on the specific cat.

Are Ragdoll Cats Friendly With Other Pets?

A Ragdoll’s friendly nature means that yes, it will mix well with other cat breeds and cat-friendly dogs.

What Is A Ragdoll Cat’s Life Expectancy?

The average life span of a Ragdoll is 15-20 years if it is an indoor cat. Outdoor cats are obviously subjected to more dangers such as other animals, diseases and cars.

Do Ragdoll Cats Have Health Problems?

On the whole, they are generally healthy cats. However as with all pedigree cats, there is a risk of HCM- the most common type of heart disease in cats. They can also suffer with bladder stones.

If you are purchasing a Ragdoll Kitten off of a breeder it is important to 1) Check for reliability and 2) Ask about the health of the kitten’s parents as some illnesses are hereditary. Also, pedigree breeders will generally screen the kittens for certain illnesses.

Do Ragdoll Cats Shed A Lot?

Ragdolls are longhaired cats, so yes, they will shed their hair quite a bit, similar to any long-haired breed. Regular grooming such as brushing, trimming etc will help keep shedding under control.

The six most common colours are;

Do All Ragdoll Cats Have Blue Eyes?

Ragdolls are known for their beautiful blue eyes but this is not a common feature. Some other eye colours include;

All Ragdoll kittens are born with blue eyes but some will change over time.

How Much Do Ragdoll Cat Costs?

In Ireland, pedigree Ragdoll kittens seem to range from 500+. However, we would always recommend visiting your local rescue centers and pounds as there are hundreds of cats looking for their forever home.

How Big Are Ragdoll Cats?

Ragdoll cats are one of the largest domestic cat breeds. A fully grown female weighs in between 10-15 lbs and a fully grown male weighs between 12-20 lbs. Ragdolls take four years to reach full size. Ragdoll kittens are all born with pure white hair. Their coloured markings develop gradually, with full colour coming in at two years.

Do You Own A Ragdoll Cat? Put Some Pics In The Comments Below, We’d Love To See Them!

Next When Should You Let Your Kitten Outside? 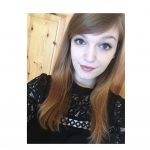 Sarah Kane has just completed a degree in Media & Public Relations and is currently a communications intern at Pet Sitters Ireland. Sarah has a dog Elvis and two cats, Maximus and Charlie, and is hoping to pursue a career that combines her love of cats, writing and social media.